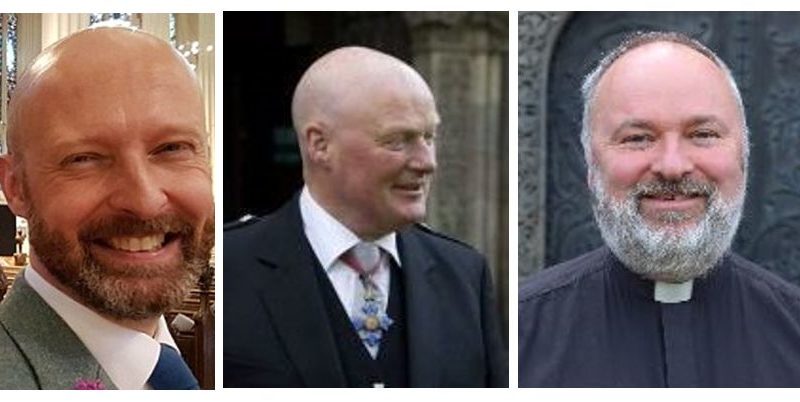 Alastair Dinnie (Lay Canon), The Very Revd Graham Forbes & The Revd John McLuckie (Honorary Canons) were installed at St Mary’s Cathedral on Sunday 27th October during the 3.30pm Evensong – which coincided with the 60th Anniversary of the Friends of St Mary’s Cathedral.

Alastair Dinnie has been the SEC’s representative on the Anglican Consultative Council and is a member of the congregation at St John’s Princes Street.

The Very Revd Graham Forbes was Provost of St Mary’s Cathedral between 1990 and 2017.