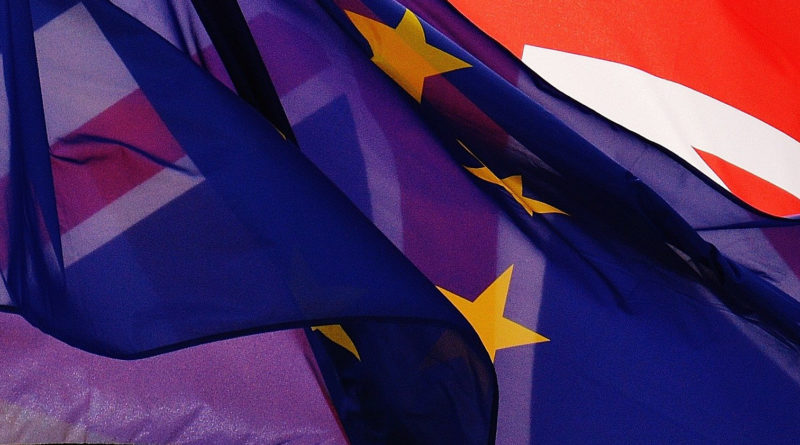 Statement on the United Kingdom leaving the European Union from the Most Rev Mark Strange, Bishop of Moray, Ross & Caithness and Primus of the Scottish Episcopal Church, on behalf of the College of Bishops

“Today the United Kingdom will leave the European Union. The decision taken by the people of these islands in 2016 has led us along a path that often seemed unclear. Since that referendum, we have spent a great deal of time as a country engaged in a debate that spanned three national elections and which at times seemed to be about much more fundamental issues than our membership of the European Union.

“That debate does not end today. There is still a conversation to be had about how best to ensure we protect those who are vulnerable. There are still questions to be answered about how we address major global issues, including the climate crisis, and there is still uncertainty and division within the country about what the future holds for us all.

“Over the previous months and years members of the College of Bishops have collectively and individually expressed deep concerns about the way the debate was conducted. At times the rhetoric used in the negotiations caused significant anxiety and distress to various parts of society: European citizens, industry workers, the NHS, those who rely on medication to live their daily lives and the poorest in our communities. The Withdrawal Agreement negotiated between the UK the EU has prevented us from leaving with no-deal at this stage, but it has not taken away entirely the significant risks to society posed by that outcome. We call on the Government to do everything in its power to avoid a no-deal conclusion at the end of the transition period, and to negotiate in good faith towards a future partnership that works to assuage the legitimate fears held by many and that serves to benefit all parts of society.

“We hold in prayer especially those who have been excluded from the conversation such as European citizens denied a voice at the ballot box, but whose lives are affected significantly by these decisions. We call on the Government to ensure that these, our friends, neighbours, colleagues and family are not used as bargaining chips. They deserve certainty on their status.

“We ask you to hold in prayer all those in elected positions, upon whose shoulders falls the burden of responsibility – for our Prime Minister and First Minister, for our Governments and Parliaments in London and in Edinburgh and for our local authorities. We pray also for the European Union institutions.

“As Bishops in Scotland we recognise the distinct nature of the debate in this nation. We acknowledge that a majority of the people of Scotland voted against the outcome we face today. We therefore recognise that for many in Scotland, today is not simply the beginning of a new relationship with the European Union, but marks a significant moment in our ongoing national conversation about the relationship between Scotland and the rest of the United Kingdom. We call on all in Scottish society to learn from divisions caused by the Brexit process and to move forward in the debate on Scotland’s future in a respectful, peaceful and compassionate way.

“As Christians we believe that one task we are given is to show compassion and empathy to our neighbour, especially at moments when we disagree. We believe that we are asked to consider those who are less privileged than ourselves when we make decisions. We believe that our call is to give food to the hungry, to give water to the thirsty, to invite in the stranger, to clothe the naked, to heal the sick and to show humanity to the prisoner.

“When the clock strikes 11pm tonight we will still have that call.

“Tomorrow we will still be the same people we are today, still have the same hopes and fears as we do today, still be part of the continent of Europe. Our shared history will not change, and our shared hopes for the future will remain. The challenges we face in this country and across the globe will still be the same. We will still have to work together to face these challenges. We will go to Church on Sunday and pray, as we do every Sunday, for all the people of the world.”

Through Jesus Christ our Lord,