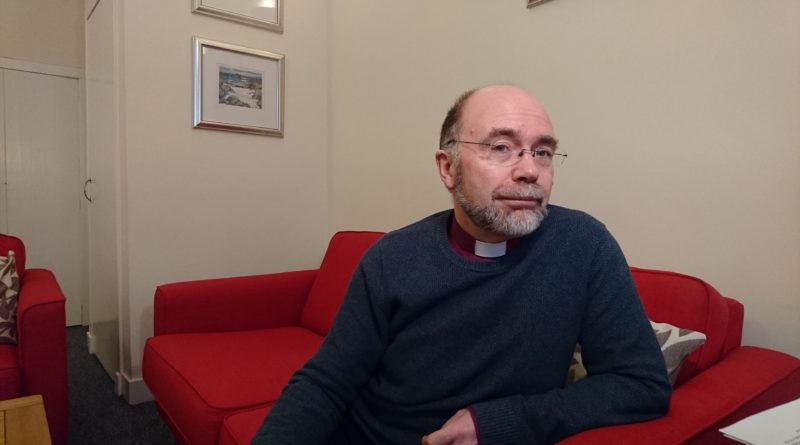 This week, we have been sharing Bishop John’s three resolutions, made in the light of June’s General Election.

The first is to Champion Truthfulness. The second is to Confront Othering. Here’s the third.

What is your third resolution?

This is a more subtle one in a way, because I think I want our politicians to recognise that the system we’re part of has not produced what it’s meant to – for everybody. And so I’m going to resist any tendency to sell out to what we’ll call ‘the system’; to unthinkingly accept things are the way they have to be. And I think this is particularly true around economics, where there’s an assumption (and there has been for generations) that somehow the point of economics is to grow – you have to grow the economy. And if that is the truth, then are we going to live with a world which seems to be increasingly unequal? Where the division between rich and poor has grown, and is growing? Where people are pushed to the margins, people are left behind and left out, and this is all due to this system that people buy into and – with good intentions – try to enact, which is about growth.

Now is there some way of, firstly, recognising that that’s not working for everybody, and secondly, wondering whether there’s a way of having a different system, which is not based on economic growth in that narrow sense, but is something to do with human well-being, and human health, and human happiness. I know that life is not perfect. What troubles me is that it is becoming increasingly imperfect for certain groups of people who are excluded, and extremely successful for others. And yet, I suspect that even the successful people are not increasingly happy because they’re the beneficiaries of growth, and they might be sympathetic to a politics which at least admitted that the system might need to be changed.

Given that we’re approaching a time of immense change, if Brexit goes through, then let’s hope for a Brexit which will serve the common good, and not just the good of a few.