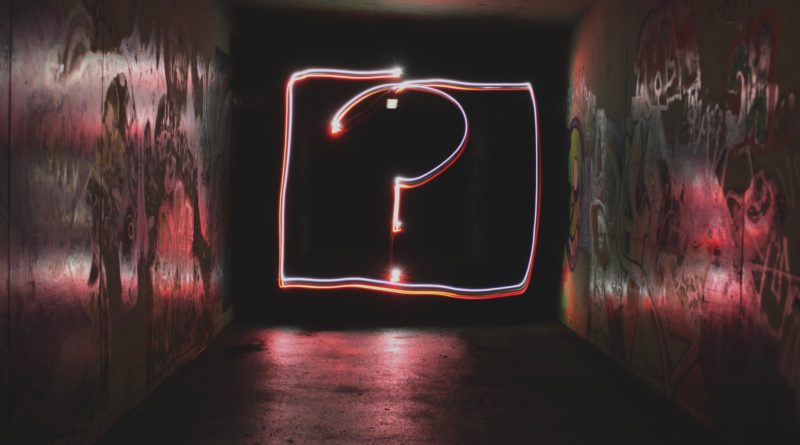 Synod met again on Thursday 26th October, hosted by St Michael’s, Linlithgow. Bishop John gave the following address, asking what the Christian gospel, and our church as a church of the gospel, has to offer in the world we live in today?

I read yesterday that Michael Bloomberg, the former Mayor of New York, regards the UK vote for Brexit as a big mistake. Indeed, he called it, ‘…the stupidest thing any country has ever done but then,’ he added, ‘we Trumped it.’

You will have your own opinions about this. It’s not for me to use this platform to offer gratuitous opinions about the Brexit negotiations, still less about the competence, or otherwise, of President Trump. Nor, for that matter, do I want to claim that Michael Bloomberg’s comments carry any particular authority. But what I do want to acknowledge is that we live in a world which even a hard-headed, politically savvy observer like Bloomberg finds bewildering.

Not just bewildering, it’s frightening too.

And there’s a lot of anger about. Of course, much of this predates Brexit and Trump. Both these may be seen as a reaction to years of austerity, to disillusionment with the political class – years of erosion of our faith in the institutions that gave us stability and security: parliament, banking, the media, the church. Trouble is that fear, anger and disorientation are not the best basis for coherent decision-making. They often lead to panic or recklessness; we dig the hole deeper, we dash further into the maze, we get taken in by people offering deceptively easy answers and quick fixes.

As a consequence, what do we have?

Well, we still have a world with millions of cruelly displaced people. We still have a world where global warming increasingly affects us all, especially the poorest. And to this we can add the increased threat of terrorist outrage. We can add the terrifying prospect of nuclear conflict – where posturing has replaced dialogue as the means of diplomacy. We can add a negligent attitude to truth. We can add the increasing tendency to penalise poverty, even amongst working people, the mess that is Universal Credit, the scandalous rise in food bank usage, the continuing numbers of children who do not have enough to eat in school holidays. All this against a backdrop of demoralising uncertainty about where the UK and Scotland is going politically and economically.

I state this starkly – and in doing so I know I could add much more to the list.

The words of the Psalms echo and re-echo: ‘Save me Lord for the waters have come up almost to my neck….’ ‘Why are you so full of heaviness, O my soul, and why so unquiet within me?’ I state it starkly, not as a way of saying, ‘Look how wicked the world is! Come to your local church and, for your own good, we’ll make you feel really bad about yourself.’ As St Paul reminds us, all have sinned and fall short of God’s glory – the goodness, the mercy, the compassion, the saving love that is the glory of God. That means all of us here fall short – and it’s why we began our liturgy by asking for forgiveness.

I state it starkly because it demands an answer to this question: what has the Christian gospel, and our church as a church of the gospel, to offer in the face of all this? What words can we speak, what encouragement can we breathe? For it seems to me that a message of good news is all the more necessary when life gets dark and confusing; when reality jars and wounds. Remembering, of course, that our good news is the good news of Christ crucified not of cheap or easy grace.

One thing we can offer is perspective.

A long perspective and a broad one. The Christian church has lived through many times of discord, of wars and rumours of war. It is also well aware of parts of the world where people live with far more uncertainty and worry than we do. Whatever else changes there is within our scripture and liturgy reminders of God’s constancy through everything. We can take a step back, breathe in the love and peace of God and be still. No need to panic.

Alongside this, we offer a sense of God.

Not as ethereal, insubstantial and abstract, but God as the immense, permanent, infinitely loving ground on which we stand; the ‘there-ness’ of God. It is James Alison, I think, who offers us the image of ourselves as standing at one end of a seesaw held in balance. We live with the fear, sometimes we’re almost overwhelmed by the fear, that whoever or whatever is at the other end will let go and send us crashing down. But what we learn as we learn God is that we’re held by something huge, massive and immoveable. This solid ‘there-ness’ of God is easily forgotten. And sometimes we forget too how others, who do not yet share our faith, may experience in our prayer and worship the surprising and comforting sense of God with us.

Hurricane Ophelia, I gather, sucked warm air from southern Europe and the Sahara into the British Isles – which explains those curiously warm days prior to the storm and the fine white dust that appeared over everything. What an interesting reminder that whatever artificial boundaries we erect between us, we breathe the same air as one another. This in turn reminds me of the theologian, John Courtney Murray, writing in the 60s, who in response to the claim that the USA was suffering from a Roman Catholic conspiracy argued that what the country needed was more not less conspiracy. For conspiracy means to breathe the same air. If we learned what we have in common and were prepared to stand alongside each other and cherish one another as part of the one family of humanity in one world, how much more we could achieve!

The #MeToo campaign is exposing the degrading treatment that women continue to suffer in our supposedly equal society and the way in which some powerful men have misused that power. As well as exposing how power can be abused and challenging men everywhere to scrutinise their own behaviour and attitudes, #MeToo has demonstrated how solidarity, conspiracy in this sense, gives strength and courage to those people who, when alone have felt powerless, but now feel liberated to speak the truth.

We, who worship the God whose breath, whose Spirit brooded like a dove over the chaotic waters of creation, whose breath was breathed into Adam and Eve in Eden and into Peter and the disciples at Pentecost, ought to understand what all this means. For us, our belonging together, our breathing the same air, is non-negotiable – Brexit and nuclear weapon waving, immigration quotas and trade tariffs cannot quench God’s irrepressible Spirit that tells us that we stand together before God, we stand together against dishonesty, injustice and oppression. We stand for the values of God.

I’m not claiming that the church always does this very well.

It’s hard to present a united witness of solidarity when we seem so eager to divide. Being here in St Michael’s today reminds us of this – even if what divided us back in 1690 seems to have lost its sting. But being here also reminds us of what solidarity means. I’m so grateful to Stewart, the Minister and the people of St Michael’s, Linlithgow for not merely allowing us to use their building but going much further than that, offering us their hospitality, food and sustenance for body and soul. For demonstrating in deed as well as word the unity that we share in Christ, a unity that is invigorated by their conspiracy, their breathing the same air as our own church in the town, St Peter’s.

You might want to add something else to the list. I suppose that what I’m saying in the end is that the world needs more than ever what a living faith in Christ has to offer. In the fast approaching season of Remembrance, the new year of Advent, the celebrations of Christmas we have the opportunity to speak again and with confidence of those great themes of Christian faith and to affirm that they have the capacity to transform us, and how we see the world and those who share this world with us. Peace, Trust, Hope, Joy, Love. These are the names we give to the Spirit-breath of God.

At this time of the year, we’re blessed with the time, the space and the rituals to enable the breath of God to find voice in us. To reclaim the light of Advent hope, to join the angels’ Christmas song of joy and to rediscover for ourselves the truth of a God whose incarnation, whose being-with-us, whilst it never spares us from our own human vulnerability yet gives it meaning.

This is the God who speaks the message to us that we are to speak to others: ‘Do not be afraid. I have redeemed you. I have called you by your name. You are mine.’