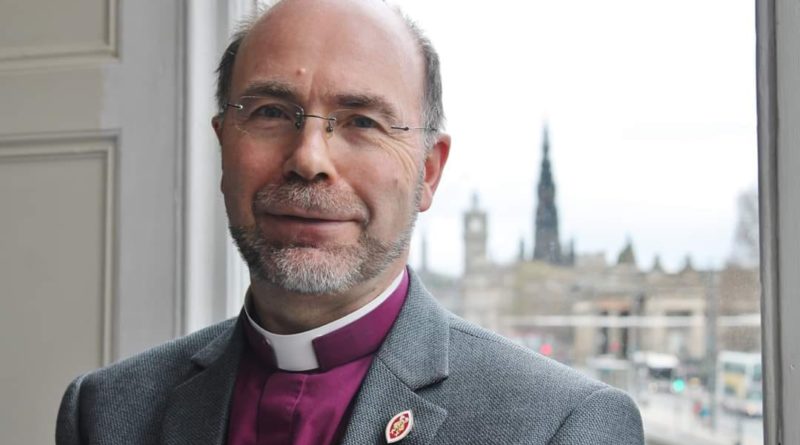 The Scottish Episcopal Church has again made representation to politicians over the Internal Market Bill, following last month’s joint letter from Bishop Mark Strange and his fellow Anglican Primates in the UK and Ireland which warned the government at Westminster that the Bill would create “a disastrous precedent”.

This time the Rt Rev John Armes, Bishop of Edinburgh, on behalf of the College of Bishops, has joined with five other Scottish church leaders to send a letter to MPs and the House of Lords voicing grave, shared concerns over the Bill, echoing the sentiment of the Primates’ letter and warning that the Bill risks breaking international law.

The letter says that the passing of the legislation by the UK Parliament strains the devolution settlement by failing to seek the consent of the Scottish Parliament, threatens the delicate balance of peace in Northern Ireland and that passing a Bill for Royal Assent would place Her Majesty the Queen in the difficult position of having to sign legislation which breaks international law.

Signed by Bishop John along with Rt Rev Dr Martin Fair for the Church of Scotland, Archbishop Leo Cushley for the Roman Catholic Church, and three other senior church leaders, the letter calls on MPs and Peers to debate these issues and make representations to the UK Government.

To Scottish Members of Parliament and Scottish Peers:

There are four specific concerns we wish to raise:

Firstly, we are deeply disturbed that the United Kingdom Government has even considered the possibility of breaking international law. We concur with the views expressed by the Anglican Primates of the four nations of the United Kingdom and Ireland, including the Primus of the Scottish Episcopal Church, in their letter of 19th October 2020: ‘This has enormous moral, as well as political and legal, consequences. We believe this would create a disastrous precedent.’

Secondly, the passing of this legislation by the United Kingdom Parliament without the consent of the Scottish Parliament clearly strains the devolution settlement. The fracturing of an established relationship is in itself something to be regretted because it is vital that all levels of government work together in the interests of the communities we serve.

Thirdly, some of us have met with church leaders from Ireland, both North and South, who have told us that they fear that the creation of a hard border on the island and between Northern Ireland and the United Kingdom, puts in peril the delicate peace which has been built on the Good Friday Agreement. Since that document was signed Irish Christians have worked together to build better relationships across the communities. Our brothers and sisters are deeply dismayed to think that so much of what has been done to heal the scars of past division will be torn apart by the re-establishing of frontiers. We wish to stand with them in their opposition to these divisive steps.

Fourthly, we have deep reservations that the United Kingdom Parliament might pass a Bill for Royal Assent that would place Her Majesty the Queen in the difficult position of having to sign legislation which breaks international law.

We request that you convey our views in the forthcoming debates within the House of Commons and the House of Lords and ask that the United Kingdom Government take note of the concerns expressed.