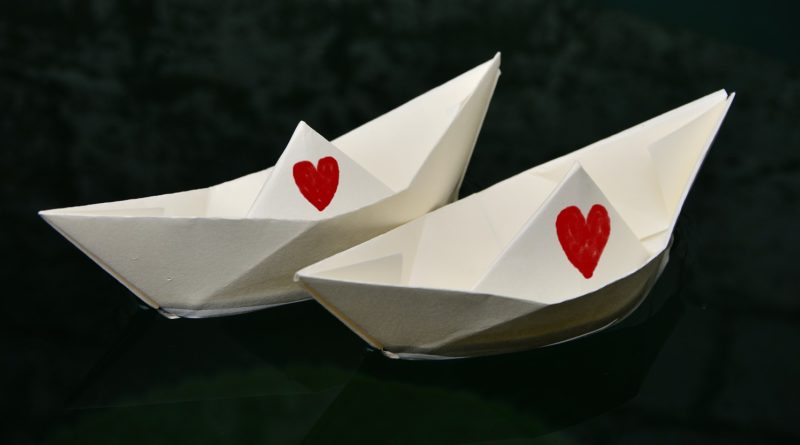 The following article was written as the leader column for the Autumn 2015 edition of The Edge – the Diocese of Edinburgh’s quarterly magazine.

In June, the General Synod of our church indicated that it wished to alter our regulations on marriage. The intention is to allow same-sex couples to be married in our churches within the scope of Scottish law. The earliest this change will take effect will be two years from now. It does not mean that all clergy will wish to or, indeed, be permitted to officiate at such weddings. The consciences of all will be protected.

The debate in Synod stirred up strong emotions and there is clearly a significant number of Episcopalians who remain unhappy with the result. They found the process of the Synod debate – designed as it was to move towards a decision – to be in harsh contrast to the irenic atmosphere of the Cascade Conversations over the last year or so. Yet, as I commented in the debate, the Cascade process has indicated that marriage is not an issue on which we are divided across ‘party’ lines. There is no single conviction on marriage that might be described as either ‘evangelical’ or ‘liberal’. Neither is this debate divided between those who love the bible and those who don’t. It is a debate amongst those who love scripture and who, when it came to the vote, acted on deeply held and theologically coherent principles.

Christians have disagreed about the bible before. The Acts of the Apostles tells how first century Christians almost came to blows about whether they were required to observe the Jewish law, including circumcision and food regulations, or not. This heated exchange boiled down to the question: What does it mean to lead pure and holy lives? One side focused on Scriptural authority and the long usage of the ‘purity laws’, the other on the obvious activity of the Holy Spirit in new believers who did not observe these laws. Both sides, in other words, were seeking to be faithful to Christ. The decision that ‘it seems good the Holy Spirit and to us’ not to insist on the ‘purity laws’, was based both on Scripture and on prayerful observation of God at work in Gentile believers. (See Acts 15)

There is a sense in which the present marriage debate emerges from the same concern about purity and draws the lines of disagreement in a similar place. There are those who believe that long usage and Scriptural evidence proves that marriage, in God’s purposes, can only be between a man and a woman. Equally, there are those who read Scripture differently and observe that the Holy Spirit is evident in the quality of relationship in same-gender couples every bit as much as in different-gender couples. As I said in the debate at Synod, I place myself amongst this latter group.

Whilst the bible offers us few good role models for marriage and family life, it has much to say about healthy relationships. These grow out of mutuality and self-giving; they are about transcending self just as Christ transcended self on our behalf. In a small way all relationships reflect something of the holiness of relationship that lies at the heart of God, the Trinity. Marriage is a way of seeking this quality of relationship within the context of a physical longing for another. A healthy relationship manifests this in respect for the other, concern for their well-being and a willingness to put them first so that both may thrive. We may extract from this an equally clear picture of unhealthy relationships. Here physical longing and self-interest find expression in unkindness and dishonesty, possession and control and sometimes even in violence, abuse and intimidation. My observation is that healthy and unhealthy relationships exist both inside marriage and outside, between people of different genders and the same gender.

Our liturgies tell us that marriage is ‘a gift of God in creation’. I do not take this to mean that built into our sexual relations is a definitive norm or natural law, which offers us – if we could but recognise it – the romantic ideal of marriage prevalent in the 21st century. Rather, it is that, in doing what comes naturally to them, people have always found something worthwhile in marriage (for all sorts of economic and genetic reasons as well as romantic). And the church, seeing this, seeks not only to bless the social stability that it represents and affirm its value for the care of children but discovers that an exclusive, lifelong relationship offers a way into holiness. Indeed, there are some Christian traditions that see the marriage vows themselves as akin to the ascetic vows made by monks and nuns – vows of obedience, chastity and renunciation of possessions.

This is a high ideal of marriage, it goes far beyond the picture of marriage presented in the world at large. Should not all Christian couples of whichever orientation be permitted to, indeed expected to, aspire to this ideal? Can we not offer to all relationships which are faithful, exclusive, life-long, the possibility that they may enter into and reflect to others the joyful longing at the heart of God?

I put this diffidently. I know that many Christians whom I admire would disagree with my position on this. But I am not discouraged by disagreement. Indeed, it persuades me that we are in a process, much like that in the first-century church, in which we are seeking to discern what seems good to the Holy Spirit so that it may seem good to us too.