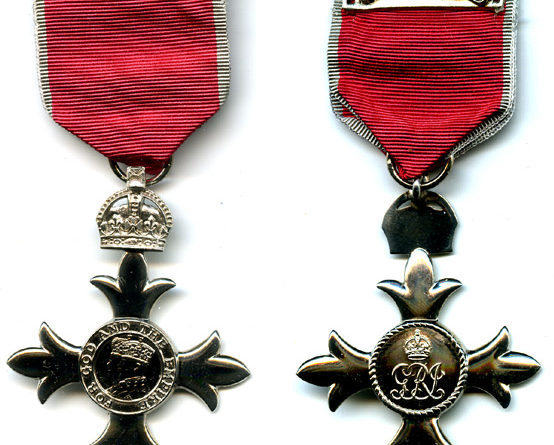 News
11th January 201711th January 2017 Former User 0 Views #alightforaleppo, clergy
Not one but two members of Edinburgh Diocese received MBEs in this year’s New Year’s Honours list. Andrew Kerr, a long-standing active member of Old St Paul’s, was awarded his for services to the arts and conservation, and Reverend Dr Harriet Harris, Chaplain at the University of Edinburgh, received her’s for services to multi-faith education and community cohesion. Harriet was one of the team behind last year’s A Light for Aleppo initiative, raising awareness around the world for the plight of those in Aleppo, as well as much needed funds for the organisations working on the ground.

We manged to catch up with Harriet last week to congratulate her and ask her a few questions.

How does it feel to be awarded an MBE?

When I got an envelope through the post from the Cabinet Office, with ‘on her Majesty’s Service’ printed along the top, I thought, ‘Oh my word, what have I done now?’. I had to read the letter through a few times! I was being asked if I would accept an MBE. I was amazed. The letter came through a few days after the big ‘A Light for Aleppo’ lightings in November, when communities lit up the coastline of the Firth of Forth. Many Scottish islands, and people from 19 countries across the world joined in. Bethlehem and Aleppo itself joined in that day.

What inspires you to do all the work you do? How do you keep going when it gets tough?

I go with my instinct. If I have an instinct to do something, and I can’t shake it off, hard as I may try, I think ‘God will not let me rest til I do it’ and also, ‘if God gets me into this, God will make it happen’. I carried with me for a few weeks the thought that we need to set a trail of beacons for Aleppo across the world. I didn’t know how this could be done, so I started up a conversation with the multi-faith and belief Chaplaincy team at the University (of Edinburgh, where I am the overseeing Chaplain), the Edinburgh Interfaith Association and the Student Association, and then locally in East Lothian where I live. We believed we could organise a few communities along the coast and hoped others would catch on and join in in their own ways. It became bigger than we had dare to hope at first. Along the way there were setbacks – for example at one point it looked as though all RC primary schools in Fife would be joining in, but that fell through – but my instinct was always that a trail of beacons would happen and must happen. While there was not time to organise things with the RC schools, the Vatican News Agency took up the story and helped to spread the initiative globally. For example, the Philippines and Columbia joined at the last minute. The Moderator of The General Assembly of the Church of Scotland made a film with us to promote the initiative to all Church of Scotland clergy, which was very effective. Scottish Episcopal Church bishops supported the initiative within their dioceses, and +John was quoted in our press release.

If someone reading this wants to get involved in promoting cohesion or multi-faith education in their community, what would you recommend they do first?

Good question. It depends very much from where they are starting, and what their key idea is. Conversation, developing empathic curiosity about one another, and finding something creative to do together all help to build affection and trust. A key idea is often the catalyst for working together. For example, earlier in 2016 I worked with the Chaplaincy team, Edinburgh Interfaith Association and Interfaith Scotland to produce a statement in support of EU workers and their dependents in the UK, after the EU referendum result. It seemed a strong point to us, that people from very diverse backgrounds, including many who are first-, second- or third-generation migrants from non EU countries, could stand together in support and concern for EU families in the UK.

Another initiative of which I have been very proud, is work with a youth choir from Soweto, who with the University and JustFestival, we have brought to Edinburgh twice. This has been a creative undertaking, with various social justice elements to it, and youth-development angles within both Scotland and S. Africa. Again we had a multi-faith and belief team working together on this.
So a key idea or activity that people can get behind has great cohesive power.

The November lightings for ‘A Light for Aleppo’ was definitel my highlight, and second to that there was an even bigger response during December, when over 200 events happened across 25 countries. November was special because we all lit beacons at the same time, so the sense of connection, of light drawing forth lights spreading hope and showing vigilance, was very powerful. Refugees who have arrived in Scotland joined in and said how much it meant o them. They said the hope would reach Aleppo.

What challenges do you think 2017 will bring? How best can we rise to meet them?

Community cohesion generally, as we feel ourselves becoming a more divided society; divisions among us have become apparent and are being teased open. The challenge is to bear with one another non-fearfully, non-defensively, without accusatory attitudes and with compassion instead. This is a spiritual challenge fundamentally. That does not mean that it is to be tackled only or primarily on an individual basis. As a whole body of people we can be challenged spiritually to respond compassionately and peaceably to situations. For Christians this is what it is to live as the body of Christ. Of course, it always involves an element of dying to our presumptions, and to things we wish to protect, but such dying is always fruitful.

What’s next for you?

That I don’t know!

If you’d like to make a donation in response to the A Light for Aleppo initiative, please visit the website and follow the links to your preferred charity.