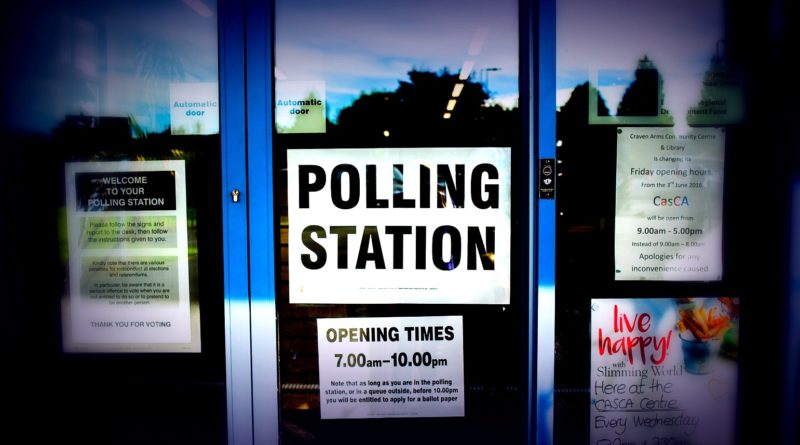 The following article was written as the leader column for June’s edition of The Edge – the Diocese of Edinburgh’s quarterly magazine.

Here we go again! A year on from the Brexit referendum the polling booths beckon. We may be understandably weary of politicking and dubious of the motives driving this particular campaign but we would be wise to take a deep breath and accept a fresh invitation to exercise our hard won democratic rights.

A General Election is very different from a single question referendum, of course, but last year’s decision to leave the EU puts almost everything about our future up for grabs. And so this is an opportunity for us to make a statement about what kind of future we want.

Commenting on the Brexit vote last year I suggested that Christians should be wary of making an idol of either our nation or one particular set of constitutional arrangements. To be a good citizen requires us to speak out for the values we believe matter to God: goodness and joy, justice and peace. I also pointed out that Christians cross boundaries and we should therefore be wary of any version of patriotism that builds walls to keep people out.

I stand by this. Indeed, developments in the past year have made me all the more determined to hold our political leaders to account. During this election campaign my sense of what God would call Good News moves me to make the following three resolutions. (Ed Note: You can watch +John talk about each of them by clicking the links below.)

First, I shall challenge untruth. Yes, it is possible to interpret facts differently, but in the end exaggeration can mislead, lazy assumptions distort and ‘alternative facts’ are simply lies. To say we live in a post-truth world is nonsense. Truth matters more than ever and we should expect all those in the public eye to seek truth and, so far as it lies within them, to speak the truth. It used to be said of die-hard constituencies that, ‘They would elect a parrot if it belonged to the right party.’ Well, much as I love parrots, I am not prepared to believe unthinkingly what anyone or any single party says.

Secondly, I will resist the tendency to make people ‘other’. Sticking labels on people is just another way of saying they matter less than I do, making them somehow less human than me. Too often it excuses hostility and anger at people because they are ‘different’. Migrants, asylum seekers, Westerners, Christians, Muslims, Jews are just people, and whether they live in Syria or Singapore, Sudan or Scotland, they matter. It matters to me that unaccompanied refugee children should be given safe haven in Britain; it matters to me that EU citizens who have made their home in Britain should be assured of their future here; it matters to me that my country offers security, protection and aid to those who live far away. And I expect it to matter to politicians too.

Thirdly, I shall be wary of a politics that has sold out to the ‘system’ – that is, a politics which is unquestioning about the way things are. Because the way things are has pushed the weakest to the margins. It has increased the gap between rich and poor. It has left sections of our nation and regions of our world feeling left out and left behind. I believe this suggests that the ‘system’ that produces such inequalities is sick. I want politicians to acknowledge this and to encourage a conversation about a future in which the ‘system’ is no longer in thrall to an economics fixated on growth rather than human well-being. After all, ‘economy’, like ‘ecology, is a word rooted in the Greek for house (oikos) and is to do with sharing the one ‘house’, the one world in which we depend on each another.

These are my resolutions. They arise for me out of the belief that although human beings in this world remain imperfect yet the Resurrection of Jesus is not just about life after death but calls us to do all we can to cherish life before death.

I have to believe that our politicians want to shape a world that benefits everyone. We cannot therefore tolerate the perpetuation of the same old divisions, with the same winners and the same losers. In the end, stable government, democratic discourse and humanitarian values will not take care of us unless we take care of them.