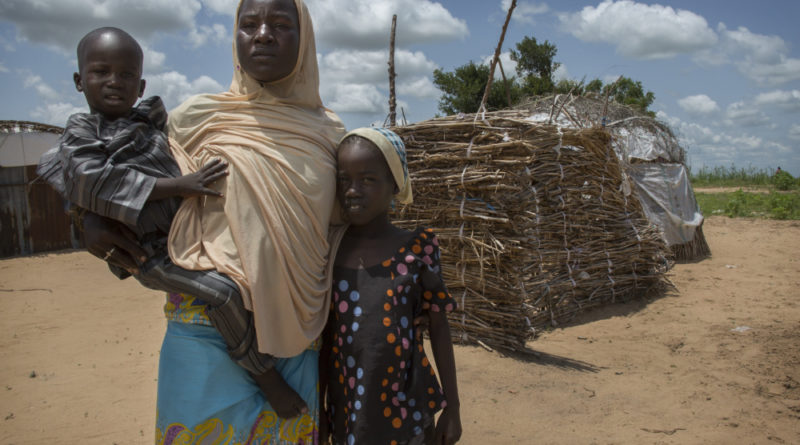 A powerful new international photo exhibition, telling the story of people forced from their homes in Nigeria, Kenya and Iraq is coming to St Mary’s Cathedral, Edinburgh later this month.

The exhibition, Uprooted is part of a UK nationwide tour by charity Christian Aid to highlight the plight of the more than 40 million internally displaced people around the world.

Christian Aid Scotland Campaigns Organiser, Diane Green said; “We’re thrilled to bring the Uprooted! Voices to St Mary’s Episcopal Cathedral.  Not many people know about the struggles of the millions of people forced from their homes, but who remain in their own countries.  We need to raise awareness of their struggle, and this is a great way to share their stories.”

The exhibition consists of images telling the story of displaced people from Nigeria, Kenya and Iraq. Their lives are all different, but the stories are linked because all of them have been forced from their homes but remain within their national borders – and consequently are less likely to receive international support or assistance.

This year, global negotiations are taking place to tackle the response to refugees and migrants. This exhibition aims to encourage people to join Christian Aid’s new campaign to ensure the rights of Internally displaced people are recognised by, not only the international community, but also the UK government.

Diane added; “Christian Aid has a history of opening our eyes to the realities of the world we live in. Churches and community groups across Scotland have helped refugees who’ve sought refuge here, but this exhibition can help us understand the reality for many people who have been forced from their homes but can’t seek safety in another country.”

For more information call 0141 2217475 or go to https://www.christianaid.org.uk/campaigns/uprooted-overlooked/church-exhibition-tour