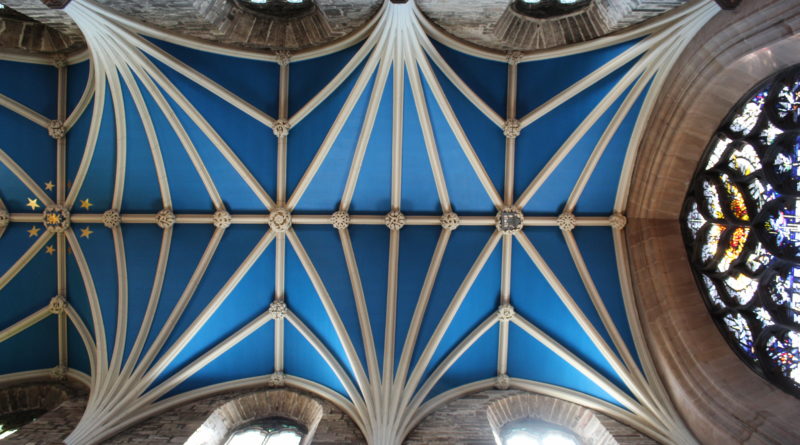 The Commonwealth War Graves Commission website is an astonishing
place to spend a couple of hours. Astonishing in its monumental scope
and, because it is dedicated to Remembering, harrowing in its content.
And we who acknowledge that our today owes so much to so many lost
tomorrows, don’t make our annual act of remembrance with any
delusions that war itself, whatever acts of heroism and courage it
inspires, whatever evils it is intended to combat, is somehow noble or
glorious. Yes, the Commonwealth War Graves website is an astonishing place. It helps us to remember that Private George Douglas of the Cameron
Highlanders, part of the expeditionary force sent to France at the start
of World War 1, died on 14 th September 1914. We don’t know his age
or the names of his parents, but we do know that his name is recorded
on La Ferte-sous-Jouarre memorial in France, along with 4000 of his
comrades.

The website remembers too that Edward, the son of the Rev E W and
Mrs Urquhart, died a few weeks after George on 23 rd October. Edward,
aged 37, was in the Black Watch, the only casualty of World War 1 to
be buried in Boezinge Churchyard in Belgium. William and Margaret Rodgers of 15 Yeanan Place, Edinburgh had a 19yr old son, John. He died in the German Spring offensive of 1918, on 24 th March. His body was never found. Mrs Janet Allen of 19 Watson Crescent saw her son, James Marshall, off to the middle-east with the Highland Light Infantry. He never came
back. He’s remembered on the Jerusalem Memorial in Israel because they couldn’t find his body either. He too was 19.

As was John Jude Sutherland of 81 Grove Street, Edinburgh, who died
on 11 July 1916. But at least his parents, Robert and Charlotte, could
visit his grave because his body rests in Dalry Cemetery, together with
26 of his comrades. David and Isabella Duncan’s son, George, lasted almost until the end of the war. Fighting with the 13 th Battalion of the Royal Scots he died on 21 August 1918. He’s buried in Tilloy-les-Mofflaines, a village 3
kilometres south-east of Arras, on the south side of the main road to
Cambrai. He was 23.

We shall remember them. Just a few names taken at random from the
rolls of honour at a couple of Episcopal churches in this city. Nearly
every church, every community has its roll of honour, added to by the
Second World War, perhaps with further additions from more recent
conflicts. And each name carries its own domestic story of loss and
heartbreak and pride. My grandfather’s two brothers, Harry and Murray Fleming, aged 25 and 21 respectively, can be found on the website and in a book of remembrance up at the castle. They served in the 93 rd Field Ambulance in the Royal Army Medical Corps and died in France on the same day, probably in the same shell blast – presumably carrying a stretcher – on 23 rd March 1918.Family tradition has it that that it was Murray rather than my grandfather who was expected to marry my grandmother. It gives you a queasy kind of feeling to realise that if the First World War hadn’t happened, or if a particular shell had failed to detonate, I wouldn’t be here today. But that’s the nature of war, it doesn’t end and the world returns to normal, it leaves a long shadow – people are broken by it,
people are made by it. History is shaped and lives changed irretrievably
for better and for worse. Such is the moral ambiguity that surrounds
us.

So, we remember, we must remember. We remember the lads and
lasses who didn’t make it home again; we remember the shuddering
grief of their families as they read those fateful telegrams. And we try
to remember what it was, what patterns of human failure, sent them
off to war in the first place. For war is, always is, no matter how
inexorably it unfolds, no matter how inevitable the final declaration of
war may have become, war always is a consequence of our collective
failure. War is not what God made us for, and those whose lives are cut
short by war deserve both our recognition and our determination to do
all we can to break the apparently endless cycles of conflict.
Recognizing, of course, that in modern warfare, including the Second
World War, many of those killed are civilians.
So we remember, and as we remember we dare to wonder whether we
have been worthy custodians of the culture, the values, the freedoms,
the aspirations all those young people believed they were fighting for.
Would those who ‘shall not grow old as we that are left grow old’
believe the world that we have fashioned is worthy of their sacrifice?
Have we done enough to take weapons of war and remould them into
ploughshares, as the prophet Micah put it? Have we created a world
where, to paraphrase St Paul, what is honourable, just and pure is
commended and praised? I hope so. And on this day, at this politically sensitive time, it’s not for me to use this platform for anything more than simply to pose the question. And to assert, that whatever big picture issues drive international affairs, Remembrance Sunday is the day above all others when the war dead cease to be mere numbers and become George and Edward, Sandra and Sinead, Ali and Rashid, Harry and Murray. Real
people with real families who gave their today for our tomorrow.
Each of them held in loving detail in the memory of God – more detail
than any website can offer. For details, we believe, matter to a God
who knows each of us by name. God, in the traditions of this place of
worship, is to be found in the particularity of a child laid in a manger, in
a piece of bread, a sip of wine. God found, most especially, in the sacrifice of a young man who laid down his life for his friends – a death we wish had never happened yet for which, puzzlingly, we give thanks every day of our lives.

In this sense, Remembrance Day is a profoundly Christian moment, for
here we’re saying that in spite of the most awful futility and wastefulness of young lives ended too soon, of human hope warped by human foolishness, one day all the tragic contradictions of human existence will be reconciled in the love of God. That for God, ultimately, nothing is wasted.

Jesus said, ‘this is the will of him who sent me, that I should lose nothing
of all that he has given me… and I will raise them up on the last day.’